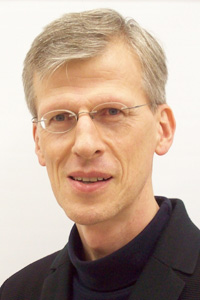 Peter Vetter is President of Bell Labs Core Research and Bell Labs Fellow. He leads an eminent global research organization with the mission to create game changing innovations that define the future of networks and insure portfolio leadership for Nokia’s core business.

During an international career of more than twenty-five years in research leadership mostly in fixed and mobile networks, he and his teams have realized several world-first system demonstrations and successfully transferred industry leading concepts to the business groups. He was also co-founder of an internal venture that produced the first FTTH product in Alcatel.

He received the degree of Physics Engineer from Gent University (Belgium) in 1986 and a PhD with Prof. H. Pauwels in 1991. After a post-doctoral fellowship with Prof. T. Uchida at Tohoku University (Japan), he joined the research center of Alcatel (now Nokia) in Antwerp in 1993. Since 2009, he has worked at Bell Labs in Murray Hill, New Jersey, and has been on the senior leadership team of Bell Labs since 2013. He has authored over a hundred international papers and presented keynotes and tutorials at major technical industry events.