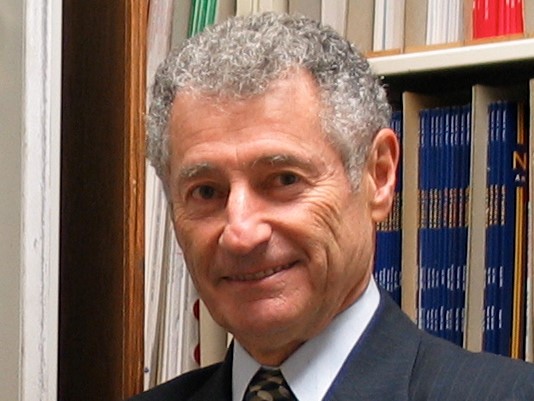 Leonard Kleinrock is Distinguished Professor of Computer Science at UCLA. He is considered a father of the Internet, having developed the mathematical theory of data networks, the technology underpinning the Internet as an MIT graduate student in 1962. His UCLA Host computer became the first node of the Internet in September 1969 from which he directed the transmission of the first Internet message. Kleinrock received the 2007 National Medal of Science, the highest honor for achievement in science bestowed by the President of the United States.

Leonard Kleinrock received his Ph.D. from MIT in 1963. He has served as Professor of Computer Science at UCLA since then, serving as department Chairman from 1991-1995. He received a BEE degree from CCNY in 1957 and an MS degree from MIT in 1959. He has published over 250 papers and authored six books in areas including packet switching networks, packet radio networks, local area networks, broadband networks, nomadic computing, performance evaluation, intelligent agents, peer-to-peer net- works and advanced network design. He has supervised the research for over 50 Ph.D. students.
Dr. Kleinrock is a member of the National Academy of Engineering, the American Academy of Arts and Sciences, is an IEEE fellow, an ACM fellow, an INFORMS fellow, an IEC fellow, an inaugural member of the Internet Hall of Fame, a Guggenheim fellow, and a founding member of the Computer Science and Telecommunications Board of the National Research Council.